A Veterinarian and His Dachshund 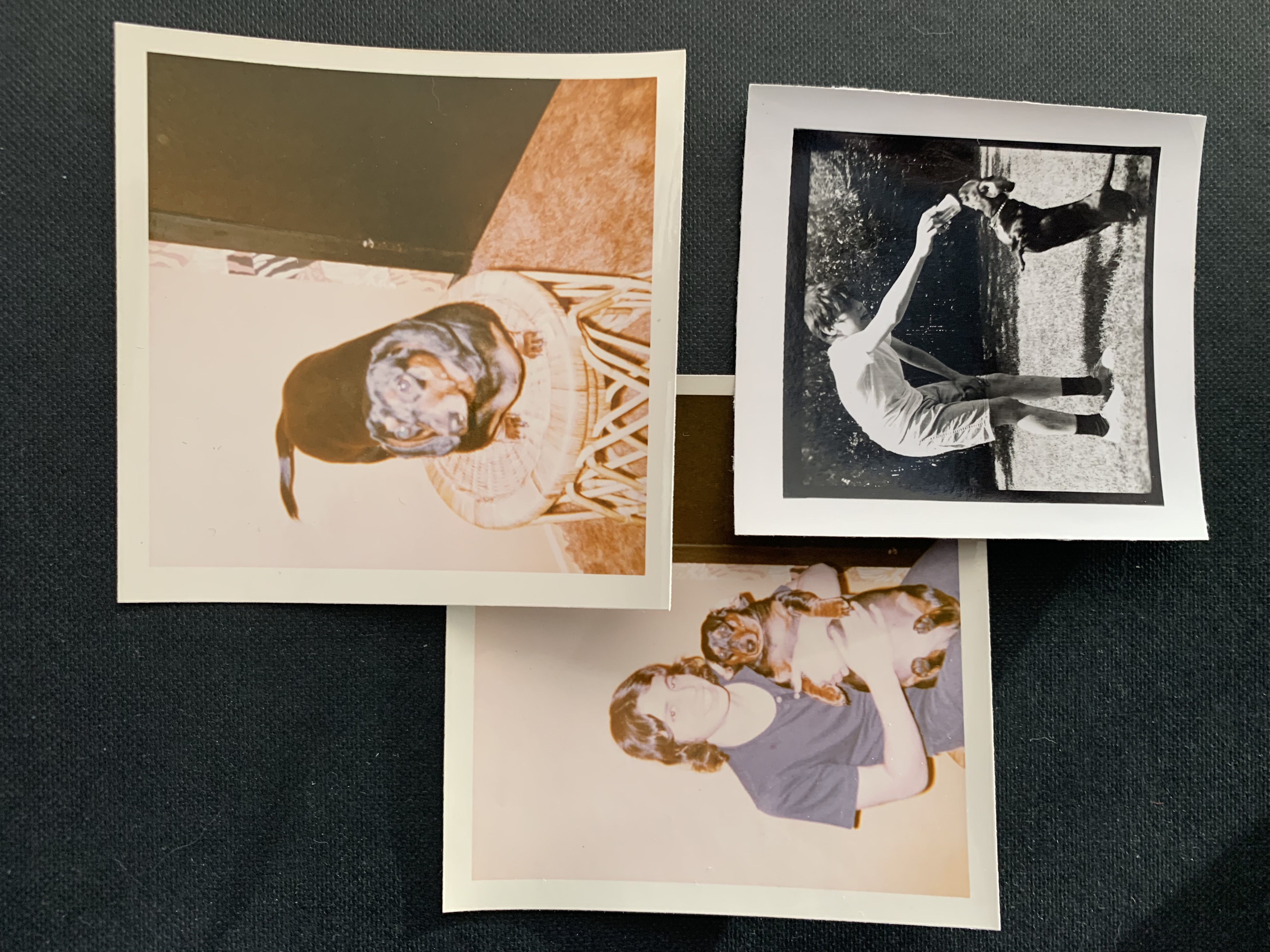 I grew up with a dachshund. Her name was “Mushroom,” a fantastical reference to her fungal-stalk shaped front paws as described by my child-like mind as an eight-year-old.

My memories include the more difficult moments when her badger-bashing temperament ensnarled the index-finger of my cousin and thus provoked a family feud that landed my pet in the animal hospital for a 10-day stint of rabies observation. But there were more benign moments when Mushroom undertook prolonged drooling spells in front of the candy closet.

Mushroom gave my family many years of happiness and misbehavior. When she left us, it was due to an inoperable back condition, where pain and paralysis compelled us to end her suffering.

Mushroom was a dachshund; a “chondrodystrophic” breed. A classic frankfurter dog, with the long back and short legs, a “hot-dog’ type canine that were particularly susceptible to arthritic problems.

Way back in those days not many people were familiar with alternative treatments to address pain and dysfunction. The standard operating procedure was to use steroids, pain killers, muscle relaxants, or surgeries to correct back issues. Along with the use of those available means to address this medical issue came problems with diabetes, skin issues, and Cushing’s Disease. But despite those drawbacks with those tools at our disposition, we all did the best we could.

Many years later as a veterinary medical student at Mississippi State University we interns were asked to tend to a herd of cattle in the rural Northeast part of the State. As we worked with the farmers and cattle-people, I noticed a group of ranchers attending to some cows under the shade of the oak trees.

My curiosity got the best of me, and I broke ranks with my colleagues to venture over to the group under the trees and observe the activities taking place. To my great surprise these workers were using acupuncture needles to “medicate” these creatures. They explained that they were dairy cattle, and they were performing acupuncture to enhance the fertility of these heifers. In the practical judgment of the farmer, whose very livelihood was determined by the ability of his herd to produce offspring, this use of acupuncture was neither a metaphysical revelation nor a spiritual choice. It was a hard economic decision. My interest was piqued!. And the rest is history.

I am a veterinarian now…

and a couple of times a week Mushroom invites me over for a visit, whether it be in the form of Sherman, the longhair, Tracy the mini, or Schnitzel, the standard-red. These are the dachshund patients (and other dogs and cats) I see on my house call rounds in New York City as a veterinary acupuncturist.

I embrace the conventional medicine and also utilize my acupuncture techniques for their various medical conditions.

The practice of acupuncture envisions the body transversed by a series of energy lines, called meridians. Illness ensues when blockages of the body’s energy force or Chi are encountered. Acupuncture is a technique by which the proper stimulation of acupuncture points relieves these blockages and reestablishes the proper flow of energy. This branch of medical practice has centuries of history behind it and in use in Asian countries on a regular basis.

I occasionally wonder if the ancients perhaps invented acupuncture in part to treat the aches, pains and other woes of our animal companion friends But I can assure you that with each acupuncture point I place, I have my Mushroom in mind.